Full tank? Check. Luggage packed? Check. Important documents stored in an easy-to-reach place? Check. Great, so you can finally get going now, right? Hold up! How has the holiday been budgeted? Have you already factored in fees for toll roads and any vignettes? If not, you’d better get the calculator back out and recalculate everything, otherwise you might just end up with only crackers and mineral water to eat on the trip. 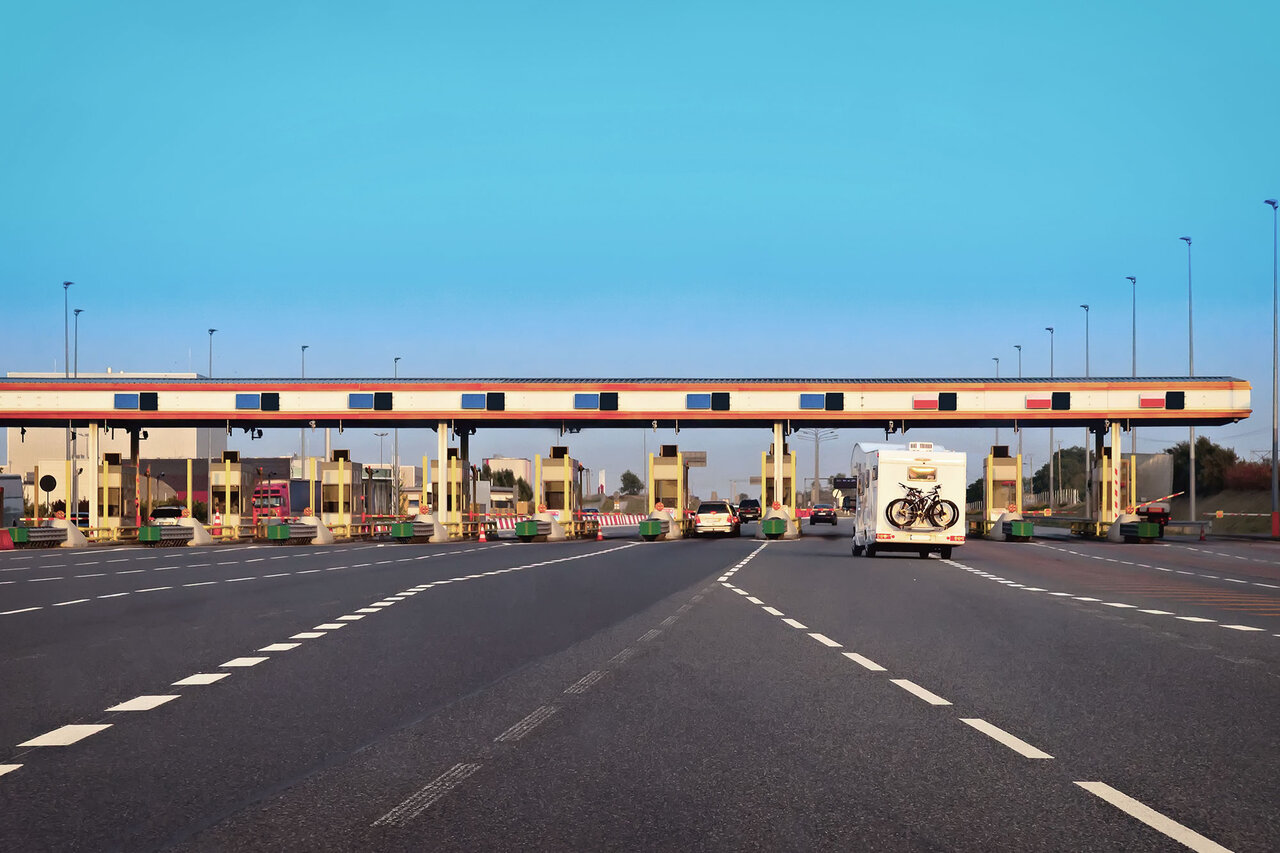 If you’ve ever used toll roads on your motorhome travels through Europe, you’ll recognise the signs pointing to the toll booths. Unfortunately there’s no one standard way to use toll roads as there are two systems. In most countries you are charged for particular stretches of road, and you pay directly at the toll both on that road. However, up to eight countries so far require you to have a vignette displayed in your vehicle. These vignettes can be valid from 10 days to up to a year. The fee for both on-the-spot tolls charges and vignettes are based on the type of vehicle.

Standing in traffic costs valuable holiday time. The time you have to spend waiting to pay at a toll booth or buying a vignette could be better spent lying on the beach or enjoying a coffee at a café. So how do you get around it? We recommend using the Tollticket website to order the required vignette or toll box to be delivered by post before you go on holiday. A toll box handles everything at the toll booth automatically for you.

So all you have to do is pay the final bill when you get home. Motorhome owners will find this particularly worthwhile as having the on-board box allows you to drive through the toll lanes otherwise used by locals with toll boxes in their cars. It’s never been faster to get through toll plazas. 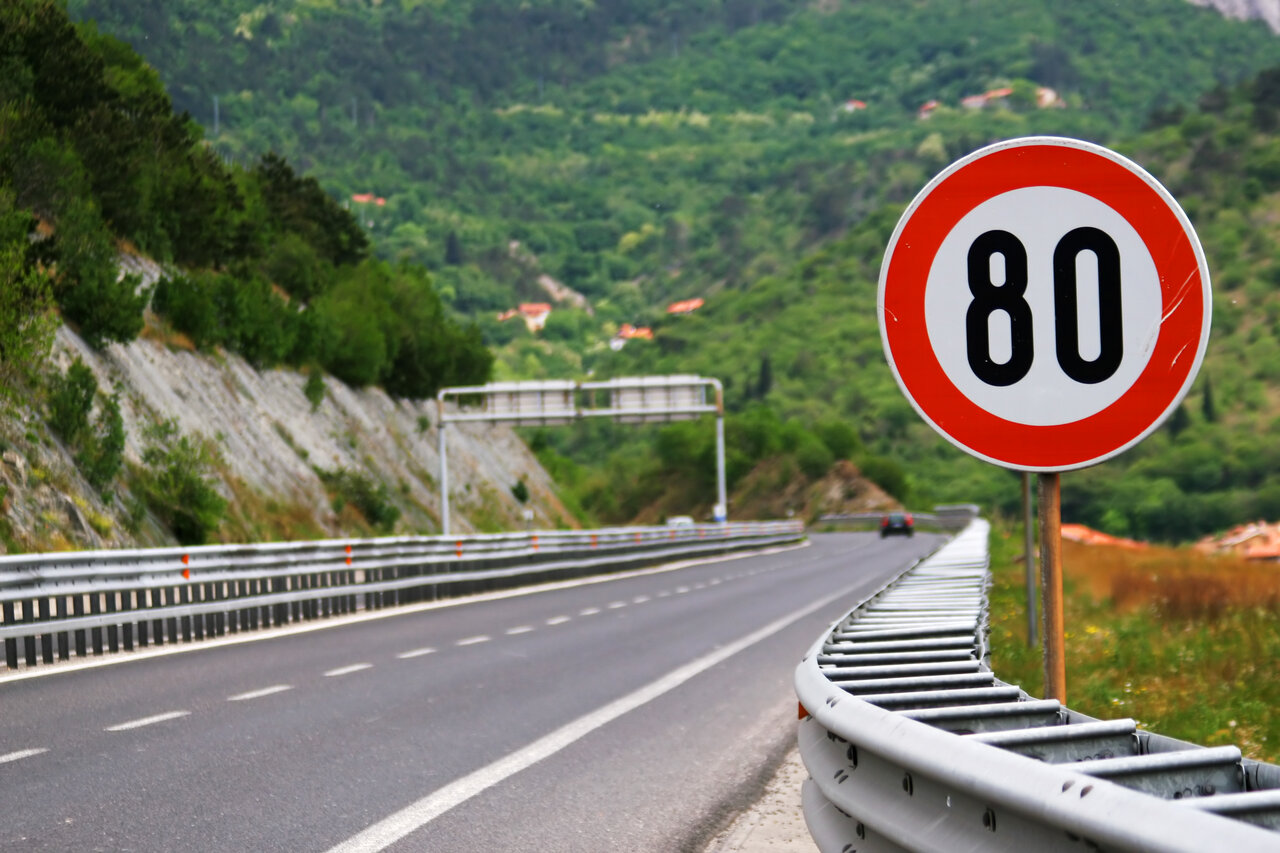 In Germany, motorhomes weighing up to 3.5 tonnes are allowed to drive fairly fast. The speed limit outside of towns and villages is 100 km/h, while you can go up to 120 km/h on express roads. Most German motorways don’t have a speed limit. However, ADAC, the German automobile association, recommends a speed limit of 130 km/h.

If you drive a motorhome with an MAM between 3.5 tonnes and 7.5 tonnes, you’ll need to give yourself extra time to travel. Outside of towns and villages, including on express roads, you are only allowed to drive at a maximum of 80 km/h, while the speed limit on motorways for these vehicles is 100 km/h.

Motorhomes and caravans over 7.5 tonnes are limited to 60 km/h outside towns and villages, while the limit is 80 km/h on motorways and express roads. 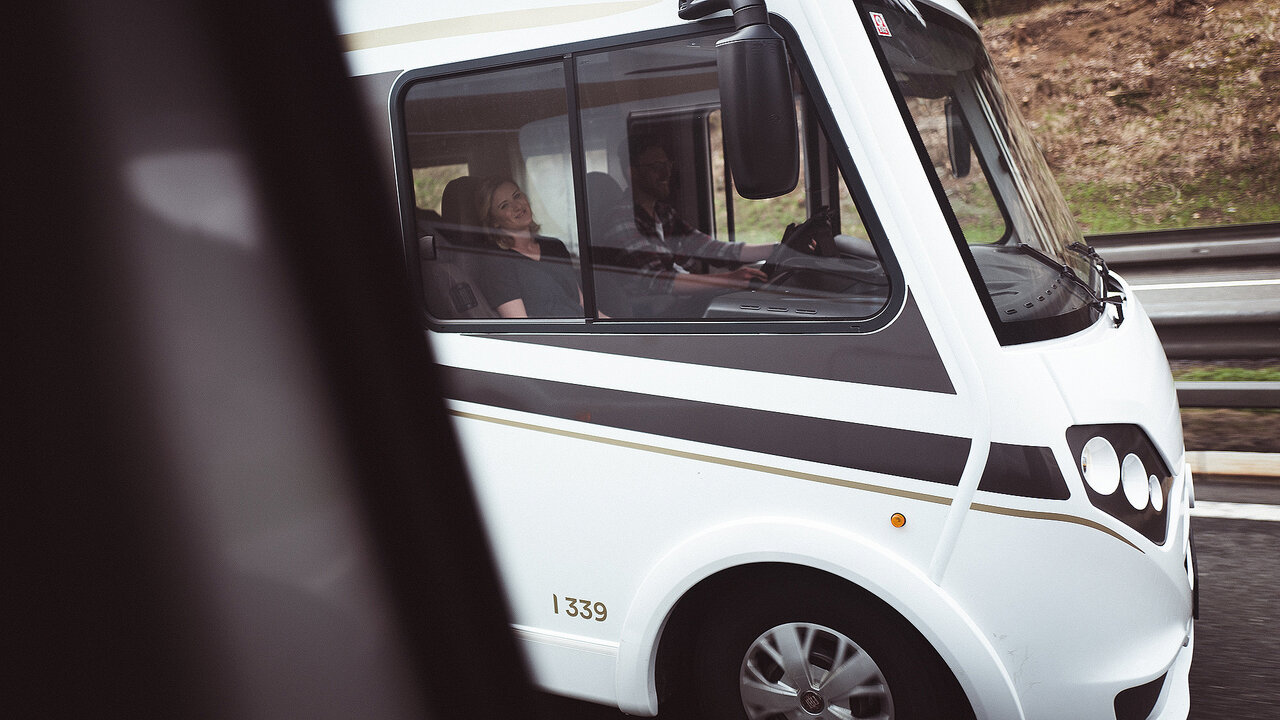 Now, be honest – Did you know that in Greece, priority is given to traffic joining a roundabout? Or that there is no amber phase in traffic lights in southern Europe? No? In that case, you’ve probably not heard that it is mandatory for drivers in France to carry a breathalyser in the vehicle, while in eastern Europe a fire extinguisher is required. You should also avoid towing vehicles yourself in Italy as it is illegal, and 19 countries require you to have daytime running lights on all year round.

ADAC has a handy summary on how to handle tolls (in German). You can find out more about speed limits for motorhomes and cars with trailers here.

*Please note that the information listed here are only suggestions. We would like to remind you that we do not accept any liability for the accuracy or completeness of all information on this website.
Van – V132 pro
Dealer locator
Configure model

A test drive is

just around the bend

Discover the world of mobile travelfrom the comfort of your own home.

Safety you can rely onand travel in luxury included.